watch the demo
“Sold Out” said the banner. The Culinary Celebration with world renowned chef Sami Tamimi was sold out 2 months before the event, basically without advertising. On Friday 30 September, the rain had stopped and there was a little sunshine in the Amsterdam sky.

Chef Sami Tamimi arrived early. in a blue shirt, his trade mark glasses and generous big smile. He walked all the corners of the event hall at the Pakhuis de Zwijger talking to the staff and supporting the team. The ethical pop-up souq was buzzing. Hummus was on offer by Ahmad Alkadi, the Palestinian chef of A Beautiful Mess, part of The Refugee Company.

Horizontally laying, the tens of Falastin books made a wavelike installation. The English and Dutch hardcover books waited for Tamimi to sign.

The next table has the designer of the Hummus Academy, MaryAnn Jaraisy  with her new batch of unique and original ceramics. Her brand is called
​Ballet Teen, Arabic for wet clay. The red, green, black and white ceramics often have a name of a dish stamped in Arabic or Palestinian cross stich patterns on plates, mugs, jars and utensils.

For a full Palestinian experience Disarming Design From Palestine had a wide range of co-designed products by European students and Palestinian local craftspeople.

To finish this off, we need desserts: ‘Baklawa’ and ‘The Nightingale’s Nest’. Palestinian Tarboosh Sweets is probably the best in the Netherlands.

Our invisible partners Het Grote Midden Oosten Platform team was arranging the surprise goody-bags behind closed door.
And Riwaq was sending their last images to project at the dinner.
Coming from the lively souq you pass a meter high champagne tower sparkling with prosecco, you take yours and enter the Grote Zaal. 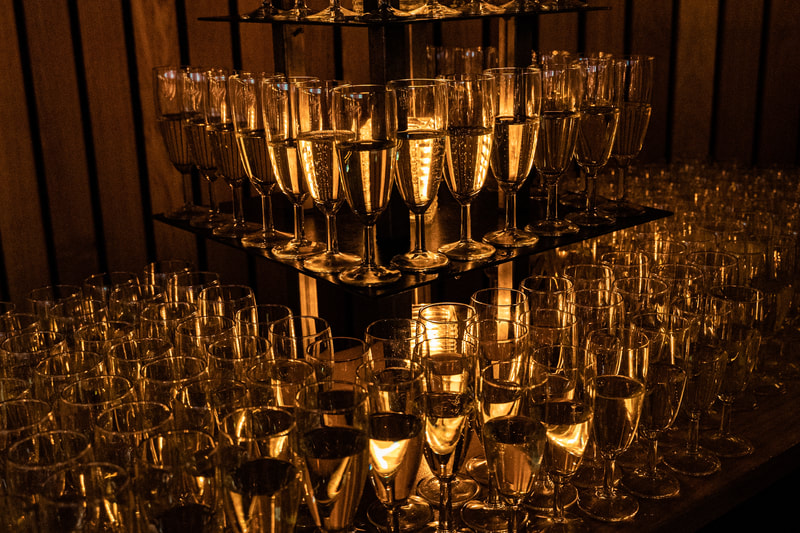 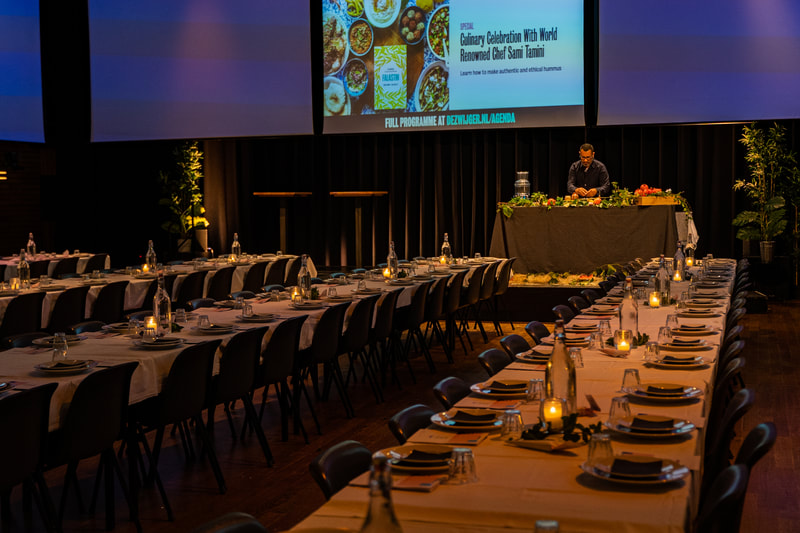 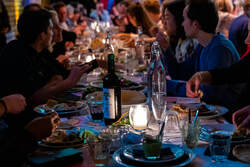 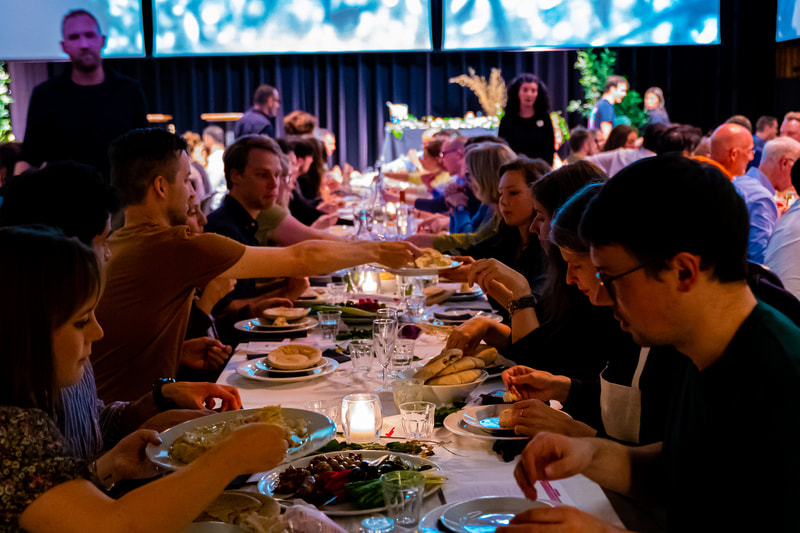 The tables awaiting the 222 diners were covered with fresh white linen, candles and fresh mint. The volunteers, Syrian, Palestinian, Iraqi, Moroccan and Dutch- added the printed menu and program to each plate, then added a paper-horn with Qdameh (roasted chickpeas eaten as nuts) and a branch of a chickpea plant that had dried with the pods still on- from MaryAnn’s farm.

People had flown in for the dinner from Toronto, Amman, Madrid, Jerusalem, Brussels, Abu-Dhabi, Helsinki and southern France among other places. The dining tables were buzzing with languages and anticipation.

The evening started with Dana Durr’s animation and Muhammad Badran, our moderator for the night, opened the evening; after which the deputy of the Pakhuis de Zwijger Hester Tiggeloven shared images from her kitchen shelves. Though we were sharing a public space, in the diners’ homes, there is a book, a dish and spices that relate to chef Sami Tamimi. Tamimi’s recipes privately developed in his head and home, come alive when people hold Falastin and boil, fry, mix and bake in far away lands. People set the table, taste and stop to enjoy. What was an idea in Tamimi’s head, became part of a simple or elaborate evening, and part of bodies and lives.

Naturally we need to know what we are eating this evening. MaryAnn Jaraisy unravels the evening’s menu:

The chilled cucumber and Tahini soup was on the plates.

Now the Zaatar classical rolls arrive. This time they were stuffed with Sobhi’s mother’s Zaatar, which she had picked in the wild and mixed by hand according to her ancestral recipe.

Indeginous food and cuisines have the right for intellectual property. Pasta made in Korea, is still Italian Sushi made in California is Japanese. We wanted to know, can Hummus be claimed? To answer that we tried to connect to the expert in heritage, cuisine and culture in the region. We dialed to reach Charles El Hayek, a history lecturer at the American University in Beirut.
​
But El Hayek was inside a museum in front of a painting from the first century AD from Dura-Europos, a city in Syria on the borders between the Roman and Parthian empires. The connection did not work. But we are going to receive a recorded message from Charles El Hayek and we will post it soon.

Umayya Abu-Hanna took to the stage to tell us about the history of Hummus. Archeology, then  later written texts plus the analysis of language (the names of dishes, such as Hummus), construct a fascinating history. Through this research it is clear that Hummus, an Arabic word and name, belongs only to Arabic cuisines and not a general ‘Middle Eastern’ or ‘Levantine’ cuisine. The history of the dish and cookbooks from the 13th century gave us the last lost link;  the dish we know today as Hummus with Tahini is 800 years old and developed during the Arab Golden Age which was the Golden Age in Palestine too. Hummus belongs only to the Shaam region: Palestinian, Lebanese or Syrian cuisines.

It was time for chef Sami Tamimi’s demo. The chef, smiling as usual, took to the stage. He poured the soaked and cooked chickpeas into the food processor, told us not to use a blender, and started processing. He stopped to add Palestinian Tahini from Nablus (made by a cooperative and 2 families who have been in this business since 1930). Tamimi poured the Tahini from high above, the machine turned and was noisy, he stopped the machine to add more Tahini. Palestinian Hummus is called ‘Tahini forward’ and chef Tamimi’s hummus is made of 250g chickpeas and 270g Tahini. You can also say it is a Tahini dish with added chickpeas! Tamimi added fresh lemon juice, crushed garlic, salt and voilá  the result was a creamy, very smooth, thick, light in color, delicious and authentic Hummus. The diners clapped enthusiastically when the dish was ready! You could feel that for some, this was a revelation and a special insight. More clapping for the chef who has fluid happiness with professional focus about him.

Fingers and arms were rising among the  222 diners and questions were asked. The Q&A naturally followed. The culinary audience wanted to know what type of food processor is the best, the answer was that the brand does not matter, just don’t use a blender since it gets layered. How much Tahini should you use, can you use canned chickpeas and what is Tamimi planning for the near future- were a few of the questions.

It was time for the main dish, Rummaniyye from Yaffa. Rummaniyye is now known to be from Gaza. Rummaniyye is a dish from the 6000 year old Mediterranean port city of Yaffa. Yaffa was ethnically cleansed in 1948 and 96% of its inhabitants were driven away. A huge part of the Yaffans ended up refugees in Gaza, another port city to the south. And this is how Rummaniyye became famous in Gaza. The Rummaniyye was su-perb!

Time for the pistachio and rose water shortbread. The vegan option are Medjoul ethical dates.

Most Medjoul dates in the Netherlands come from illegal settlements, that means from stolen lands, stolen houses and stolen products. The diners were offered dates that come from the oldest city in the world, from Jericho. This was accompanied by tea or cinnamon tea.

You cannot stop goodness. 222 little bags were waiting. Merijn Tol and Nadia Zerouali hopped on the stage to tell about the goody bag and the Tahina. They had searched the global market for the absolutely best Tahina and they found it in Nablus, and now sell it in Albert Heijn.

People were fed with a five course meal, stories, recipes and knowledge. Delighted, many started shaking their hips to the music and wanting to dance. The 36 tables were half full with people connecting, smiling, exchanging comments and touching each other’s arms gently. There was a queue to Chef Tamimi to sign the Falastin book. The extroverts wanted a photo with the chef. The queue was long. People stood in a row, each hugging the book with olive branches on the cover. Waiting for Sami Tamimi to sign the first page so the journey of inspiration and joy can begin. 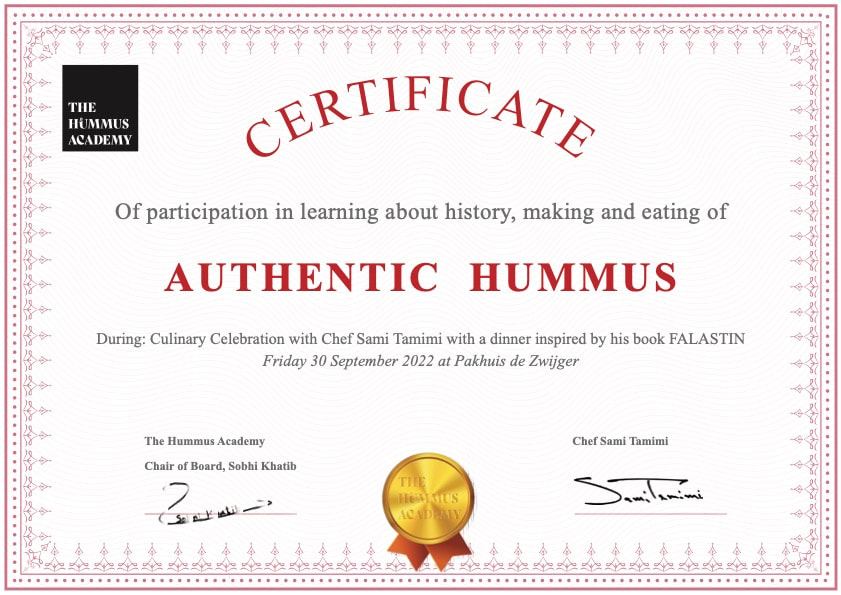 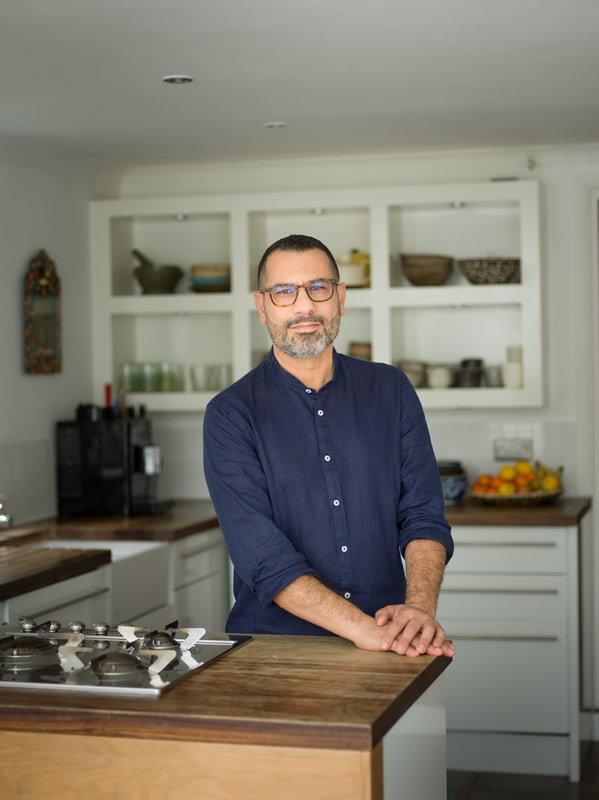 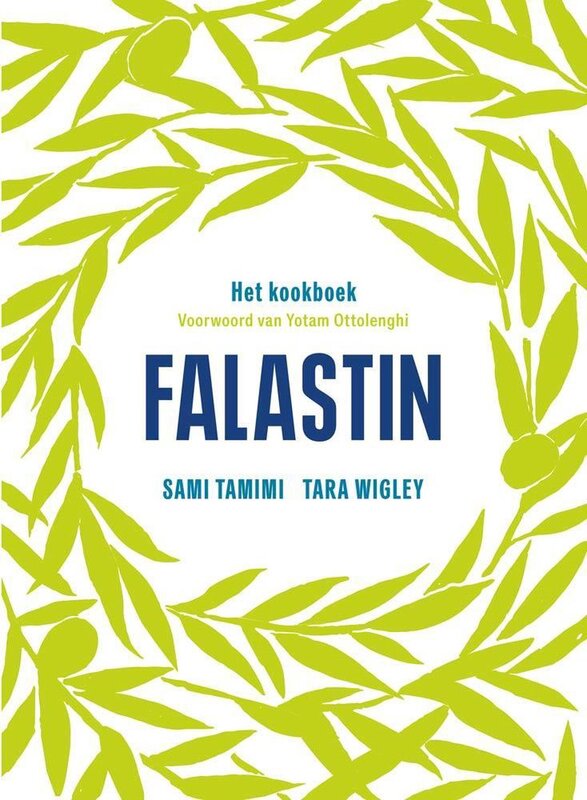 Pakhuis de Zwijger and the Hummus Academy proudly present an evening
With awarded chef Sami Tamimi
Welcome to a special opportunity and intimate experinece with chef Sami Tamimi, co-partner of Ottolenghi. The Tamimi-Ottolenghi brand is that of fresh contemporary dishes with roots in the Palestinian cuisine. Chef Tamimi will be flying in from London, offering a private cooking class demo. Tamimi will prepare and elaborate on the dish that is at the heart of the Palestinian heritage: the iconic Hummus. The chef will then be open for questions in a Q&A before a special dinner.
​
Friday 30 September at Pakhuis de Zwijger, Grote Zaal.